Trent Bond grew up near the refineries along the Gulf Coast in Pasadena, Texas. He attended South Houston High School, graduating early in order to enlist in the United States Navy. On his first tour of duty, Trent was sent overseas to Yokosuka, Japan, where he served aboard the USS Midway. While in the Navy, Trent learned the importance of discipline and hard work. He also learned that paying attention to detail can be the difference between success and failure. Trent put himself through college and law school, receiving his undergraduate degree from the University of Houston (Clear Lake) and his law degree from South Texas College of Law (Houston).

It was a natural progression for Trent to go from protecting the rights of victims harmed by criminal conduct to protecting the rights of individuals harmed by the negligence and gross negligence of others. Trent is Board Certified in Personal Injury Trial law by the Texas Board of Legal Specialization and has extensive experience in personal injury litigation. Trent has been the lead attorney in thousands of personal injury cases, including automobile accidents, plant explosions and complex medical malpractice cases.

Trent believes that the best way to succeed is by working harder and being better prepared than your adversary. He also believes in giving back to the community and is a supporter of “Some Other Place,” a mission that serves the homeless in Beaumont, Texas. Trent has been fortunate enough to coach his children in youth sports, leading teams in the West End Little League and Beaumont Little Dribblers.

Trent Bond is Board Certified in Personal Injury Trial Law by the Texas Board of Legal Specialization. A graduate of South Texas College of Law in 1992, Trent has been recognized as a Texas Super Lawyer (a Thomson Reuters service printed monthly in Texas) in 2011, 2012, 2013, 2014, 2015, 2016, and 2017 through 2022. He is AV peer review rated attorney, focusing 90% of his practice on litigation. His extensive trial experience has given him a proven track record of success in personal injury, admiralty/maritime law matters, business litigation, commercial litigation, Jones Act claims, labor and employment issues, offshore injuries, wrongful death claims and others. 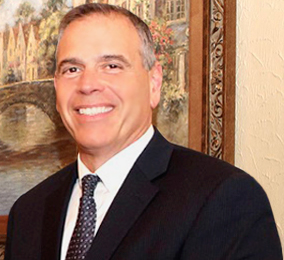