How Do Helmet Laws Impact Fault in a Bicycle Accident? 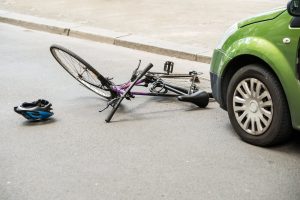 For many people, bicycles are a fantastic mode of transportation. They’re practical, they’re good for the environment, and they allow those who use them to exercise on a regular basis. While bicycles have many benefits, they are not without risk.

Each year, hundreds of Texans are injured in bicycle accidents, with more serious injuries occurring among cyclists who fail to wear their helmets. Insurance companies often work to frame a cyclist’s failure to wear a helmet as negligence, although helmets are not required for every age group in every state. There are many components to consider when determining liability in a bicycle accident.

While a helmet is not required, §551.104 states that bicycles must have brakes that can skid on dry pavement. Additionally, in order for someone to ride at night, their bicycle must have:

Texas law requires bicycles to be equipped with the proper brakes and lights but does not require cyclists to wear helmets while operating a bicycle. While helmets are strongly encouraged, your helmet (or lack thereof) cannot be a factor in determining your level of negligence.

In most bicycle accident cases, liability is determined largely by each party’s degree of negligence at the time of the accident. Negligence is generally defined as an action (or lack thereof) that brings harm to another party or parties. Any one of the following parties may be considered negligent: 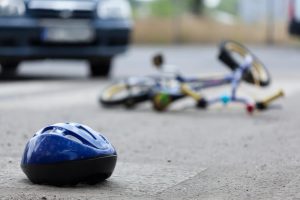 Even if it’s determined that your actions were 30 percent responsible for the accident, you can still seek compensation for the 70 percent of the accident for which you are not considered liable. In Texas, comparative negligence caps at 50 percent. That means that if you were 51 percent negligent or more, you would be unable to be compensated at all. However, for example, if you are entitled to $75,000 of compensation and are found 15 percent liable, you can still receive $63,750, which is 85 percent of your total damages.

According to data from the Texas Department of Transportation, roughly 60 percent of bicycle accident fatalities are results of brain trauma, and your risk for suffering traumatic brain injury decreases by 85 percent when you wear a helmet.

A report from the Share the Road organization claims that 59 percent of all Texas bicycle injuries and fatalities involve a person under the age of 25.

Bike Houston reports that every year between 2013 and 2018, over 300 bicycle accidents occurred in Houston.

If you or someone you love has been wrongfully injured in a bicycle accident, you know how stressful it can be to deal with the legal questions, medical bills, and insurance debacles that such accidents cause. Determining liability, negligence, and compensation can be a difficult process to undertake on your own.

Fortunately, the personal injury attorneys at Portner Bond, PLLC are ready to help provide you with high-quality legal counsel as you seek restitution for your injuries. If you’re ready to seek justice from the person who injured you, give us a call today at (409) 838-4444. We’ll connect you with one of our lawyers so that we can help you determine the best next steps in your journey towards compensation.