How to Measure Shared Fault in a Car Accident 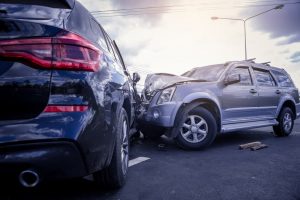 If you were involved in a car accident someone else caused, you could pursue compensation. However, if you file a lawsuit and the jury determines your actions contributed to the crash, they could reduce your financial award by your percentage of shared fault.

Even if you know another driver was speeding or otherwise behaving negligently, you might have also done something that contributed to your injury. For example, if you were texting on your phone or made an illegal U-turn prior to the collision, a jury could determine that you bear partial fault for the accident.

Measuring shared fault for a car accident can be a challenge. Typically, the people investigating incidents like this will use their best judgment and opinions about each party’s actions. Although you might think the other motorist should be liable for your total losses, a jury could disagree. They might believe you were five percent or even 50 percent at fault and should only receive a fraction of the financial award you would have received if you didn’t share fault.

What Is Shared Fault?

Texas has a modified comparative negligence statute. In practice, that means if your actions were even partly to blame for an accident, a jury could reduce your financial award by the percentage of fault they assign you.

For example, if you suffered $100,000 in compensable losses after a car accident, the jury will review the facts to determine whether your actions contributed to the crash in any way and whether you’re entitled to any compensation for your losses. The jury might decide the defendant was 80 percent at fault because they were under the influence of alcohol.

However, the jury can place 20 percent of the responsibility on you because you were texting while driving. That means you’re only allowed up to $80,000, which is only a portion of the total compensable losses you suffered.

The modified comparative negligence statute also includes a bar to recovery. If you’re more than 50 percent responsible for the accident, you’re not allowed to receive any amount of money.

The adjuster handling your auto insurance claim could find evidence that your actions were partly to blame for the car crash. If they don’t think their policyholder should accept liability, they could deny your claim. Even if they agree to a settlement, it likely won’t be the total amount you need for the losses you suffered in the accident.

Negligence is crucial in any personal injury case. Insurance companies look for evidence of negligence on the part of every person involved in the crash. Common examples of negligence used to measure shared fault in car accidents include:

Insurance companies can consider a range of factors when determining the degree of fault someone shares for an accident. A significant factor is the cause of the crash. Another driver could have been engaged in negligent behavior far more dangerous than what you were doing. Maybe they were under the influence of alcohol, and you forgot to use your turn signal. It seems like a significant difference but could still negatively impact your case. 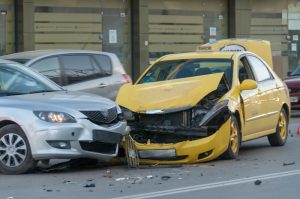 You should consult a lawyer immediately after suffering injuries in an accident. Your lawyer can represent you in your case and pursue the compensation you’re entitled to based on your percentage of shared fault. Lawyers have resources and experience representing car accident victims in their claims and lawsuits. If you don’t seek legal representation, you might feel tempted to accept any amount of money offered to you.

Your lawyer can review the circumstances of the crash to determine what they believe is a fair percentage of fault. They can aggressively negotiate with the insurance company or represent you in court to prove your actions weren’t as damaging as the other driver’s.

Since measuring shared fault is entirely subjective, you shouldn’t seek compensation yourself. Most accident victims don’t understand state laws and the procedures they must follow after a car accident. If you don’t seek legal representation, you could walk away with much less money than you deserve or nothing at all.

Portner Bond, PLLC is ready to take on your case and pursue the maximum compensation you deserve. We can effectively handle every step of the legal process on your behalf. You will have an experienced and dedicated team by your side until the end.

Our award-winning Texas car accident lawyers will advocate for your rights and fight for the justice you deserve. As long as you share less than half the fault for the crash, you’re entitled to some compensation to cover your medical bills and other expenses.

If you were injured in a car accident due to someone else’s negligence, call the Collin County car accident lawyers of Portner Bond, PLLC at (409) 838-4444 for a free consultation and to learn more about what we can do for you.