What Not to Say to an Insurance Adjuster

Accident victims often file insurance claims. It’s necessary to recover compensation for medical treatment, property damage, and other costs. Many people try to pursue a personal injury case without the help of a lawyer. Unfortunately, it’s a careless decision that can lead to an unfavorable outcome. 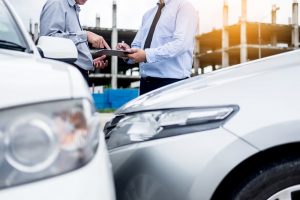 Insurance adjusters use various tactics while handling insurance claims. Although your adjuster might seem friendly and caring, their goal is to avoid paying a large settlement. They will look for evidence to deny your claim or offer you a low amount of money. They might even try to intimidate you into accepting their lowball settlement offer. Without an experienced legal team in your corner, you don’t know your rights and the amount of available insurance coverage.

If you talk to the insurance adjuster about the accident and other circumstances of your claim, you must avoid specific statements.

Saying the wrong thing could negatively impact the outcome of your case. Avoid saying the phrases below when dealing with the insurance adjuster, no matter what you do.

“I Accept the Settlement Offer”

The insurance adjuster might offer a settlement early in the claim. However, it’s likely not the maximum amount you’re entitled to. You shouldn’t accept the offer or sign any documentation until you consult a lawyer. The money you secure might not be enough to compensate you for your total expenses, leaving you with no option but to pay out of pocket.

Most people don’t know that the first offer isn’t always the best. Additionally, accident victims typically don’t realize they can negotiate with the insurance adjuster. Rejecting the initial offer doesn’t mean the claim ends and you don’t get a settlement. If you’re unhappy with the settlement amount, you can reply to the adjuster by suggesting another number.

You should never admit that your actions might have contributed to your injury. Even if you think you did something to cause the accident, you should keep the information to yourself. The insurance adjuster could use your admission of fault against you to deny any liability on their policyholder’s part and deny your claim.

Your statements to the insurance adjuster can become evidence that works in their favor. When you say something damaging, it can affect the amount of compensation you receive. If you admit partial responsibility for your injury, the adjuster could reduce your financial award based on state law. 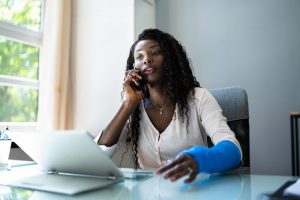 You don’t necessarily have to sustain a severe injury to pursue legal action against the at-fault party. Even if your injury is minor, you might still be entitled to compensation from the insurance company. However, it’s best not to discuss the extent of your injury with the adjuster immediately after the accident.

Sometimes, symptoms of a serious injury take a couple of days to present themselves. If you tell anyone you’re not badly hurt but claim a severe injury later, the adjuster might assume you’re lying. They might think you’re exaggerating the severity of your injury to recover higher compensation.

Never make assumptions during an insurance claim. If the adjuster asks you questions about the incident, your injury, and other details, stick to the facts. You are not obligated to respond to every question. If you don’t know the answer, it’s best to say you don’t know.

Speculating about the facts of the case will only hurt you. Giving the adjuster your opinion or assumption about what happened and changing your story later will make you look unreliable.

“I Agree to a Recorded Statement”

The at-fault party’s insurance company typically calls the injured party to talk about the incident. They often request information regarding the cause, who is at fault, and other relevant details. The adjuster might also ask for a recorded statement. This allows them to record the accident victim during a phone call, so the answers become digital evidence to use during the claim.

Unfortunately, providing this statement can give the insurance company the ability to use your words against you. It’s critical never to agree to give a recorded statement. It’s not a legal requirement, so you can politely decline.

The Texas personal injury attorneys of Portner Bond, PLLC always fight for the rights of our clients. We believe accident victims deserve to hold others liable for their actions and pursue compensation for their injuries.

If you sustained an injury in an accident due to someone else’s negligence, call us at (409) 838-4444 today for a free consultation. We’re available 24/7 to speak with you.